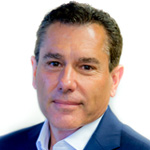 He works with department heads to help them develop strategic goals for their divisions, and cultivates business relationships.

Mike has over 31 years of industry experience, 29 of which have been with Morley-Moss Inc.

He completed his National Joint Apprenticeship and Training Committee (NJATC) Apprenticeship in 1989, and his NJATC Master’s Course in 1991. He then joined Morley-Moss as a Journeyman, working his way up to General Foreman and Project Manager. Mike has estimated, managed, and closed projects ranging in value from five to ten million dollars.

In 2012, Mike became Vice President of Operations, where he oversaw the engineering, continued service, mission-critical, logistics, structured cable, fire alarm, and prefabrication departments. After being promoted to Executive Vice President in 2013, Mike was appointed to the position of President and CEO in 2017.

Mike is a member of the International Brotherhood of Electrical Workers, Data Center Professionals, and the 7x24 Lone Star Chapter.

Mike is an active member at his church, and belongs to the Mesquite Firefighters Association. When he isn’t working, Mike enjoys spending time with his family, following sports, hunting, and fishing.